Interview: by Snorts Illustrated
How did you came up with this kind of exotic conclusion like
recording vocals to these instrumentals?
-A- Well that is a long story, but I’ll try to tell it short
’cause there are so many details and approaches.
In a nutshell: Markku thought it would be nice if there would be something
for him to sing.

So there we were. CUL-DE-SAC.
I had many drunken and swetty nights because of this sudden dilemma
and finally the answer came to me in my sleep.
LET’S ADD SOME LYRICS & MELODIES to the songs.
I already knew that Markku has big lungs (+7litres),
so he would surely be capable of handling some singing and humming.

Tell something about preparing for the contest
-A- Lot’s of liquids is the key. People may wonder why assistants
are liquefying themselves as well, but it’s all about team spirit
and we’re the team (with spirits). Actually we were a little bit too conscientious and now
3 of the 4 fokkers decided to stay sober for the whole January. Too much carrot juice
can be disastrous to anyone’s liver.
Our “Sultan of drums” mr.Elo is still training and keeps government happy.
If you didn’t knew, we have law in Finland that says:
“17 Â§ (5.1.1918/16) If citizen don’t drink enough alcohol,
his/her taxes will raise drastically.”
Elo took the role of a martyr and now drinks our civic duties as well.
Not a big deal for him.

How is the progress evolving?
-A- Day by day he’s getting more drunk
I meant the recording…
-A- What? Oh, THE RECORDING. What about it?
Anything done yet?
-A- Sure.
Like……?
-A- OK. The warm up circuit is behind.
We recorded some “demo vocals” for the songs
and it looks like Markku’s lungs (+7litres) are in good shape
and he still likes the taste of blood in his mouth.
Yesterday we were recording some final stuff for songs called “Feeling that you got”
and “Näppis”. In the chorus of the first one there is also some barking by me. Markku was getting
coffee for himself and I used my chance to become a rockstar. Sounds very bad, but I’m happy
and impatiently waiting for all the groupies.

Next week will be full of recording and JAN 22.-24. we’re going back to Kujalandia
for the 1st mixing sessions. I think I will try milk mixed with coffee.

Next couple of weeks Fokkers will be DEAD to myspace
because of these futile recording duties, but we hope you fellows don’t forget us.
We’ll be back.
-A. & other Fokkers-

The Star:
Markku (the boy of January) stretching himself for the best performance. 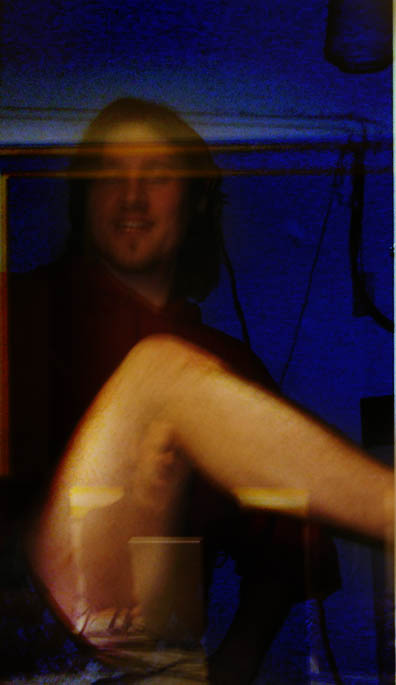 Pasi “the Boy Of January” producing: 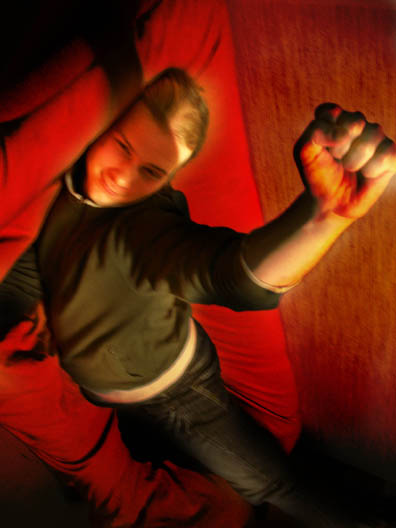 Antti “SHIT!!! We have a HIT!!” Kupila choking to his coffee:

Photography by Lauri “the Wonderboy” Elo.
Maybe the cover for a single called “Scapegoat”, which will be a certain collector’s item: 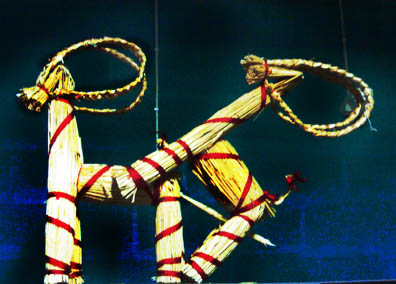