…in our friend’s dream.
Huh that is scary.
But what do you say about another dream where Markku was
a solo artist named “Basic Ark Mark”.
A. Fokker says “Scary!!!”.
There is also a dream about a vegetarian eating a flying squirrel.
Rest in peace you poor fokker….
All of those are from girls. “Not too sexy Fokker dreams” says A.
What kind of friends do we actually have?!
I think I don’t want to hear any Fokker dreams from males….

We also shot some promo pics with a winning pose.
Guys liked A’s singing at earlier sessions so much
that they thought it might sound even better with a sordino.
That f##*&%n Jesus-tape can be tough shit
Three days as a mime artist isn’t funny. HOHO…. 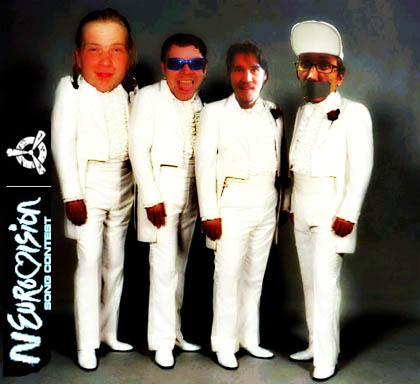 Last recording session at Pajula.
We also had some exotic instruments with us.
You will hear the results later… 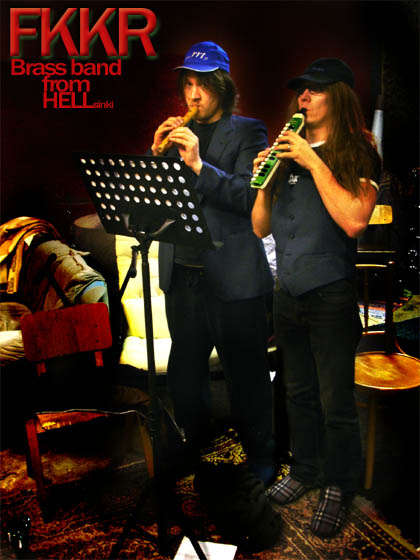 Pasi’s rough moment of love.
Here is the heart of the Fokker-sound.
That fokking machine writes, plays & records our songs.
We guys just relax.
It’s so easy.
The only bad thing is that we have to buy bigger pockets
to be able to deal with all that money we’ll get.

Can’t say anything about that gansta.
He can kill you in a bling of an eye

It’s Lauri’s time to relax.
It ain’t easy to drink beer from 11AM.
The guy behind Lauri is Röytty.
He lives in Late’s pants
and is after a revenge.
REAAALLYYY messy stuff…. 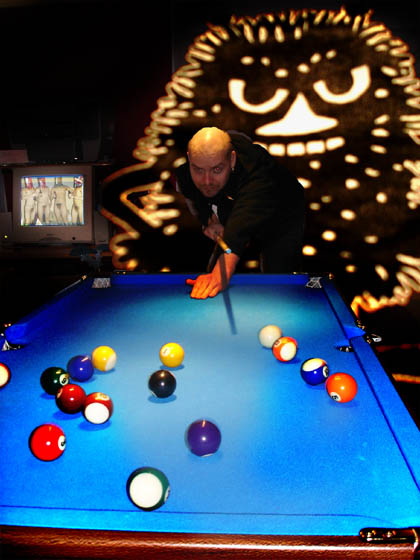 Damn, I forgot to tell you something about making the album…
During weekend we were recording some vocals and guitars in Pajula.
Some hilarious things happened like a morphosis
of an acoustic guitar to melodica and thousand’s of Markku’s “pyh” sighs.
Have to say that we really were sober although these pics
may not be the best evidence of that.
A sick and tired mind can produce some really strange ideas…
Anyway after weekend we had 8songs ready for mixing.

Mon to Wed:
Mixing started at Kujalandia and even Lauri arrived from Helsinki
to approve the final drum sounds.
I realised it was somewhere before christmas when I met him last time,
so that was also the first Fokker-meeting in 2007.
Time really flies when you have something to do, but nothing has changed.
I was tired, Markku was busy, Pasi was in the toilet and Lauri was drinking beer.
And Kuja’s mixing volume was LOUD!!!

I was the only Fokker who stayed in Kujalandia for all three days
and I have to say that it ain’t easy to stay focused
for 6 days (weekend+mixing) in hell of a noise.
The first time in my life when I really needed some silence was after that…
BUT!!!
Now we have “basic” settings for the songs and 4 of them are ready:
1. Feeling that you got
2. Run
3. Told myself
4. Pretty lies
(names can still change)

This week from Thu to Sun we’ll be making the last recordings and next week
FEB 5.-9. will be dedicated to second/last mixing sessions.
Then this fokkin opera will be ready for mastering and we’ll start
oiling our instruments for upcoming gigs…. 🙂