If you know you’re gonna play a gig in a town called Varkaus (robbery),
you just don’t expect too much.
It was a normal Friday at work and until noon everything was OK. Then it started.
Phones rang all the time and soon you realised that it’s time to leave and you still have your hands full of shit.
Of course no one wanted to help.
Plus of course I have my “ei tartte auttaa” mentality. So keep your shit! I’m going to gig. So easy it is.
Pasi picked me up to his car and the next 4 hours were just sitting,
chattin, cd music, cheating by telephone and of course some beer for me,
until we arrived to Varkaus at 6:30PM.
Lauri & Markku were already there and drums were almost up.
Amps to the stage and a quick soundcheck. Somehow the guy behind the mixing desk thought that we’re too noisy.
Volumes down and after that I heard only drums at the stage. Maybe it would get better with some audience…
It was a nice surprise to hear that local news paper had missed our gig ad.
Another band of the night called “Rainbow crash” was very happy too.
If you’re a Fokker, you surely have Fokker’s luck and if things can go wrong… To the hotel then.
A nice room with a jacuzzi (not workin, of course). Dinner was great and the drinks were… “Sorry boys, but we have THE RULE. No alcohol to bands before the end of the gig”. So we had to buy our digestives from the shop beside the hotel. That wasn’t bad at all. Beers were almost cold.Beer, tv, toilet, beer, tv, toilet, beer and soon it was time to go to the bar. I mean the gig place. Not many people there yet and actually not even the Rainbow Crashers, though their show was supposed to start in five minutes.
Markku’s phone call: “Excuse me guys, but you should be almost on the stage already. Where are you?”, ” We’re watching tv and we’ll come later”, “OK, if it’s tv, it’s ok….”.And we guys wait in the next bar, because of THE RULE.
A little bit later Rainbow Crash played their set and finally there was some crowd too. A nice band and original stuff but reminds me somewhat of muse, u2, rhcp…0:30AM was the time for one of our fastest & thirstiest setup ever and we were ready to rock.
Checked my guitar volume and still couldn’t hear it ’cause BonJovi by the Dj was louder.
Sorry Dj, sorry Bon. Just had to do it…Anyway I played that gig as a mime artist (heard only drums) and the funny thing was that after the gig I heard from the audience that the gig & the sounds were great. Setlist = all fast songs. Very fun to play and Fokker was on fire. One of the best Fokker gigs ever with a lot of moshing, practical jokes, stupid poses, some ass kickin (literally) and natives trying to get to the stage.
Gig over and THE RULE was nullified.
That meant beer & spirits with both hands.(except Lauri ’cause it was his turn to drive back next morning)
Night ended soon and the sun was already rising when we left the bar. If I remember right there were also some new Fokkheads, testicles in the window, a Ju-jitsu master, some male tango, drunken “erotic” dancing by natives and things that I just can’t (or don’t want to) remember….
A couple of hours of sleeping, a fast breakfast, amps & instruments to the car and the car to Helsinki.
Somehow Pasi found some beer & a bottle of “JalluKahvi” from his back. Opened those at 9AM and the rest you can probably imagine….
Antti & Pasi-boy were drunk as drunken ducks and the ladies back home were very happy when the “rockstars” arrived….

A nice trip anyway, thanks Lauri for driving. We know you did it just for our well-being.

e’ve also got some “nice” album reviews again and I’ll try to get those uploaded somewhere.Our official site www.fokkerband.com is also evolving all the time and there will be lots of different shit in the near future. Check it out and leave comments to the guest book.

And if you’re a last.fm user check out last.fm/music/Fokker aaaand
if you’re a Trig.com user, lets be friends
www.trig.com/fokker If you’re not a “Trigger”, you can register Here.

That’s it this time.
Take care and remember to rock some,
-A. & Other Fokkers- 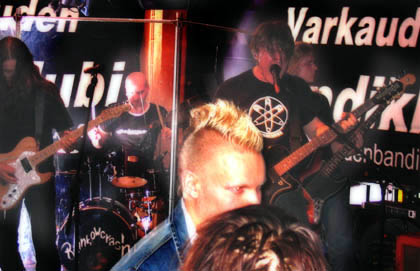 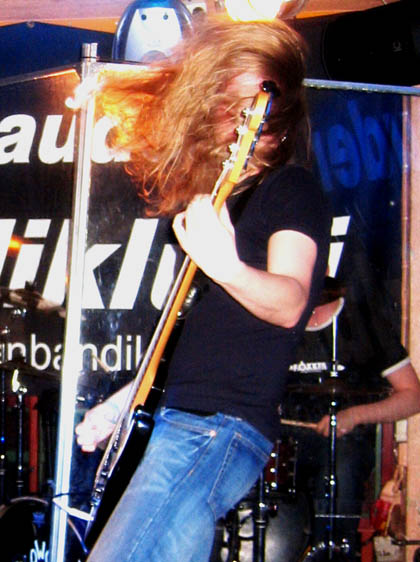 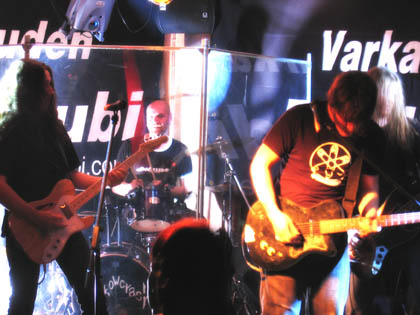 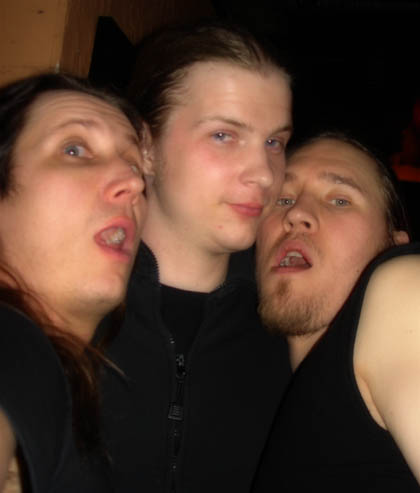