Morning started with moving our (inspector Kupila & “horseman” Elo) bones from Helsinki to Lahti-city where Markku was already waiting.
After several hours spent with cups of coffee, cigarettes, talking shit and….”work”, drums and mics were up and ready.

Then some soundcheck banging and the tape was ready to roll. Just a couple of warmup-takes and we had 3 tracks recorded before the first evening. Have to say that man is fast when he knows that the price will be drinkable. So we had a lot of time to do more important things like: sad photo-posing, enjoying some refreshing drinks and waiting for our new favourite band SunriseAve. from TV. 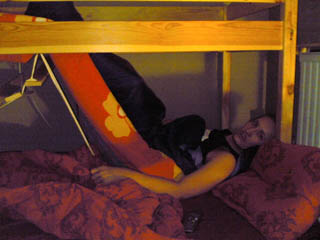 Somehow 3rd morning came and the effect of refreshing drinks was not enough or was almost negative. Drum-fakir Elo seemed notably tired, but really he’s a high class actor/entertainer and that was only acting. Antti & Markku clapped their hairy hands. What a fellow he is… 😉

Last 4 tracks to the tape and all the damage was done. Some editing, converting, rare 14 drumtracks to the bag and back to home.
It was also funny to “see” that I had no lights in my F*** (F***=car-manufacturer from Italy), but that’s not an issue ’cause we’re vampires.

That was the most moderate session that I’ve been in, but there is still some questions… What the fokk happened?
I didn’t saw Lauri hit a single note. There is no photos of anyone playing drums. Hmmm….Our recording engineer Kuja is well known for his drumming skills…. Did someone heard some drum banging at night, when we were sleeping? Was it Bonzo Bonham!!!??? 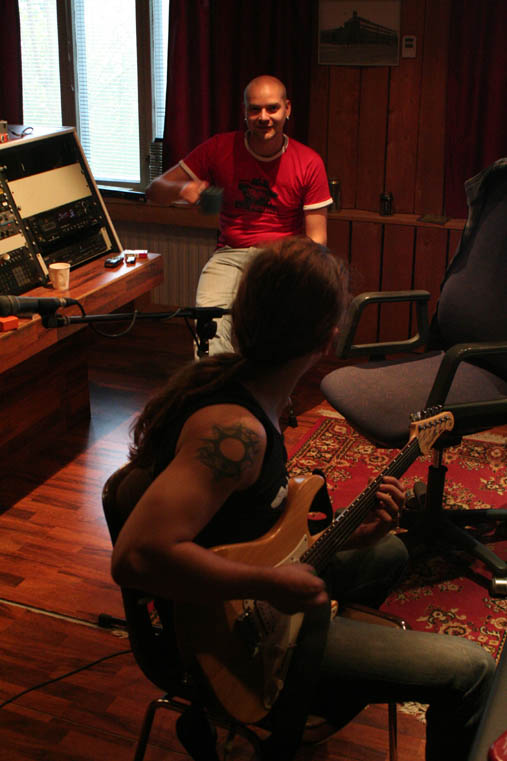 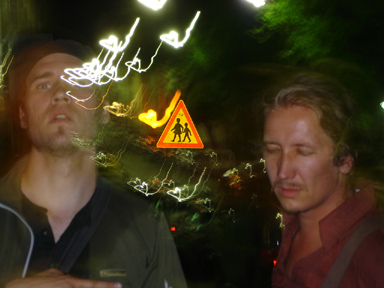 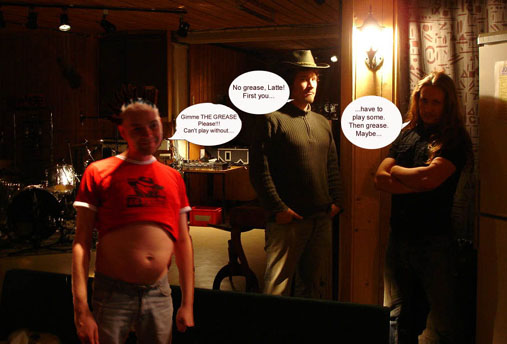 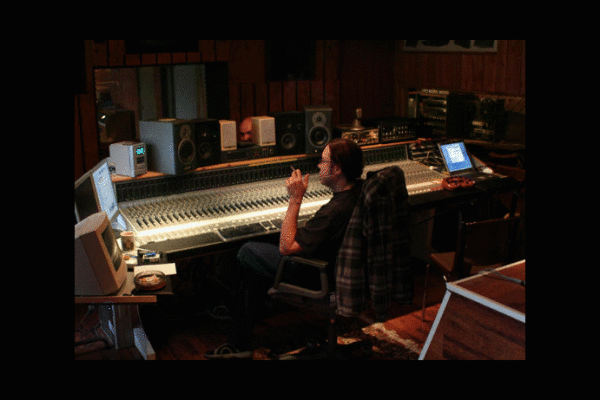